Why is there a reference to SOFO on this website ?

Because it is very important to the longevity and memory of the QOOH.

The Soldiers of Oxfordshire (SOFO) is a joint project of the Regimental Trusts of the Queen’s Own Oxfordshire Hussars (QOOH) and the Oxfordshire & Buckinghamshire Light Infantry (OBLI) which all began around 2004.  The Soldiers of Oxfordshire Museum is not a Regimental Museum, more a Military Museum related to the connection between the Military of Oxfordshire and the County in which they are based, hence their strap line of “Conflict and County”.  Its aim is to tell the stories of these soldiers, their families, the county towns in which they lived or came from and the consequences of conflict on them and the County.

Over the next few years a fundraising program was in operation to raise the money to eventually build the museum and research centre that exists today.  Negotiations also began to find the right site for these buildings, finally arriving with the plot of land which existed behind Fletcher’s House, Park Street, Woodstock, Oxfordshire – home of the Oxfordshire Museum run by the Museum Service of Oxfordshire County Council (OCC).  Planning permission was granted on 13th September 2010 for the new building which was to house the museum and research centre.

Meanwhile, SOFO had moved into temporary accommodation in the Old Tannery, Hensington Road, Woodstock which housed the collection of archives and artefacts of both the leading units (QOOH & OBLI) and provided space for the volunteers of both Trusts for the continuation of the research centre.  Sadly, there was insufficient room for any displays.

Exhibitions were being displayed in the Oxfordshire Museum in Park Street, giving the viewing public a taste of what was to come.  Also, around this time (June 2012), Ursula Corcoran had been appointed Museum Director.  Towards the end of August 2012, the contractors moved in on-site and began to clear the site of the museum building at Park Street, Woodstock.  January 2013 witnessed the building taking shape, with the researchers and staff at SOFO getting very excited and beginning to consider what displays were going to be had.  Rumours were rapidly going around that the building would be ready for an official hand-over in the coming September 2013.  However, as all good plans tend to change, the building was officially handed over at the end of November 2013.  The staff at SOFO now had to move all of the archives and artefacts which had been stored at the Old Tannery and re-house them into the new storage facility in the new building.

Finally, on 15th June 2014, the museum opened to the general public.  The building was officially opened by HRH The Princess Royal (Princess Anne) on 25th September 2014.

As well as displaying some of the 3,500 objects and 7,500 archive items in changeable exhibitions, SOFO will begin organising annual Battlefield Tours.  They have outreach and research departments, which are there to educate and inform adults who are carrying out their own research; for schools who are meeting the requirements of their school curriculum; and for general public interest.  They have monthly lectures ranging from military history, to the history of the Special Operations Executive, to the relationship between Queen Victoria and her Indian manservant.  In the summer months they have monthly film nights and regular Kids’ Clubs throughout the year, particularly in the school holidays.

Within the museum there is a shop where many unique items can be purchased, amongst which are a collection of books which will help in researching the military units’ history.  A selection, written with an interest in the QOOH, are listed below :- 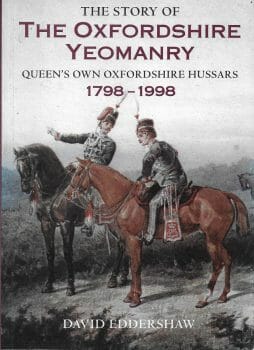 A paperback book printed to coincide with the bi-centenary of the Oxfordshire Yeomanry and the granting of the Freedom of Banbury to the unit of the day.

Lost Souls of the River Kwai

by Mitch Peeke with Bill Read.

A hardbound book telling the experiences of a young British Soldier on the Railway of Death.
Bill Read was one of the QOOH soldiers who had been sent to defend Singapore before its capture by the invading Japanese forces. 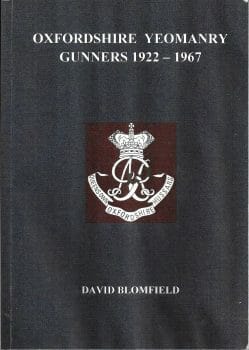 A paperback book covering the QOOH’s history after changing role from horse-mounted cavalry to mechanised artillery up to their role change as signallers. David Blomfield had been an officer in the QOOH and the book has many stories from soldiers who served during the period covered.

The following list of books are also available (through the internet) for people wishing to delve further into the history of the OY and QOOH :- 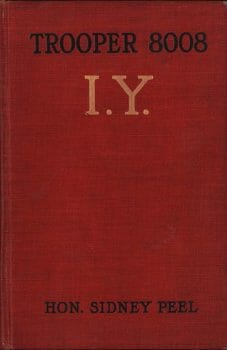 by the Hon Sidney Peel

An antique book, published by Arnold, London – 1901. Original copies are sometime listed on antique bookshop websites for around £40 – modern copies are available on the internet at various prices. 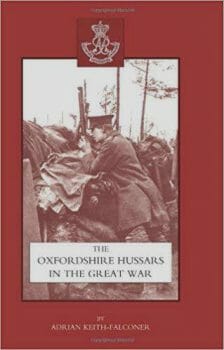 A must-have reference book for the QOOH in WW1.
Original copies are sometimes listed on antique bookshop websites for around £40-60, especially if with the fold-out map, in flap, inside back cover. Modern copies published by The Naval & Military Press, East Sussex are available on the internet at various prices. 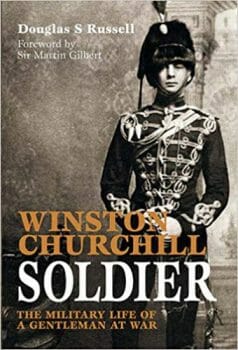 This is the first book that completely covers Winston Churchill’s 64 years’ (1901-1965) service and association
with the QOOH.
A must for WSC/QOOH fans to read.

More information about SOFO can be found from their website – see the ‘Useful Links’ page.

Below is a map of Woodstock showing the location of the Soldiers of Oxfordshire Museum and Research Centre.

Entry is via the Oxfordshire Museum at Fletcher’s House, Park St, Woodstock